Intact America regularly receives calls and emails from parents concerning foreskin care and who have seen their child suffer needlessly because his foreskin intentionally was torn from his glans. As circumcision rates continue to drop, more boys are at risk. Ironically, our successes in preventing medically unnecessary circumcision have resulted in another problem: forced foreskin retraction (FFR).

Intact America launched MADE to STICK™, its Foreskin Protection Campaign in mid-2018, to educate parents, child caregivers, and healthcare professionals about the proper care for intact (not circumcised) boys. Intact America seeks to collaborate with physicians’ and nurses’ groups to end the practice of forcible foreskin retraction. 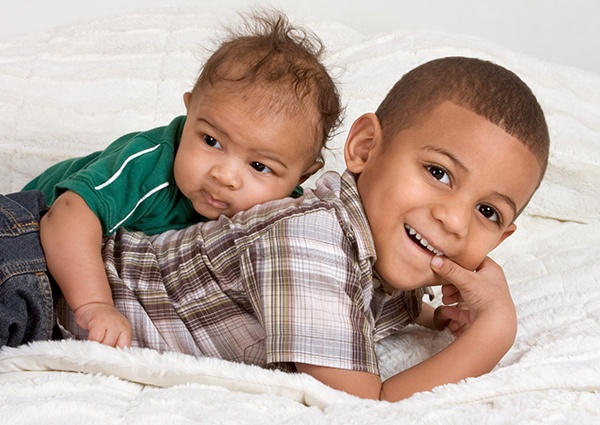 Doctors have been warning other doctors and nurses against Forcible Foreskin Retraction (FFR) for more than a hundred years. But with the rise of circumcision—and the mass removal of foreskins—this health advice was all but forgotten. Care providers began (mistakenly) harming boys believing that the foreskin should be retractable at birth. Now, as more and more boys are remaining intact—and more are at risk for FFR—it is time for America to take a refresher course in foreskin care.

Educating care providers about the hazards of FFR accomplishes two tasks for Intact America’s mission: 1. It will protect intact boys from penile harm and possibly from subsequent circumcision, too; and 2. It sends the message that the whole penis, with its foreskin intact, is normal, natural, and valuable—not only for the boy, but for the man he will become.

Scope of the Problem

A groundbreaking survey by Intact America found that a staggering 43.4 percent of intact (not circumcised) boys have had their foreskins forcibly retracted by an adult at least once before the age of seven. The survey also found that close to 50 percent of forced retractions of boys were done by physicians, and nine percent by nurses. More than 25 percent of parents said either they or their spouse had forced their son’s foreskin back at the encouragement of doctors.

At birth, a boy’s penis with foreskin is attached to the glans (head of the penis) by a membrane that dissolves gradually as the boy approaches puberty. The age at which the foreskin naturally detaches from the glans varies greatly. According to the British Medical Journal, only 25 percent of five-year-old boys can comfortably pull back their foreskins.

Circumcision is so ingrained in American culture that health professionals know little about caring for intact boys. Parents are told that they have to clean under the foreskin, but the foreskin actually protects the baby boy’s penis from bacteria and irritants because it tightly adheres to the glans. Germs and dirt can’t find a way in.

Although the American Academy of Pediatrics (AAP) explicitly states that a baby’s or young boy’s foreskin should never be forcibly detached from the glans, a recent study.1Intact America engaged Qualtrics Research Services, Provo, Utah, to survey U.S. parents of intact boys under the age of seven years. The survey reported results within a five percent margin of error. found that doctors, nurses, and parents routinely ignore this warning because they do not understand the anatomy and development of the normal penis in babies and young boys. According to the AAP, “Forcing the foreskin to retract before it is ready can cause severe pain, bleeding, and tears in the skin.”

In addition to the pain it inflicts on the child, FFR can permanently damage the human foreskin and the boy’s penis. The Pediatric Urology Department at Cedars-Sinai Medical Center in Los Angeles advises parents of intact sons: “The foreskin should be left alone until it can be pulled back easily. The head of the penis does not need to be cleaned until this occurs. Trying to pull the foreskin back too soon may result in tearing it from the head of the penis, with scarring, bleeding, and phimosis.” Such treatments are unnecessary since foreskin creams can be applied to alleviate attachments should the foreskin not be retractable after puberty.

“It has become quite common in the United States for doctors, nurses, and other parents to tell mommies that they need to retract their son’s foreskin when he bathes,” writes Adrienne Carmack, MD, a board-certified urological surgeon and author of The Good Mommy’s Guide to Her Little Boy’s Penis. In her book, Carmack warns parents, “Do not retract your son’s foreskin, and do not allow anyone else to do so… Pulling on this sensitive tissue can cause tearing and lead to infections and scarring. Many boys who need emergency care and even circumcision (removal of the foreskin) do so because of premature retraction of the foreskin by parents or caregivers.”

In January 2018, Cassie N. Parks sued Children’s Healthcare of Atlanta and two staff for allegedly forcibly retracting her two-month-old baby’s foreskin, causing the boy severe physical and mental pain and suffering. Ms. Parks had taken the boy to the emergency room because he was vomiting. The complaint states that the nurse “without warning” tore back the boy’s foreskin to insert a catheter to collect a urine sample.

Ms. Parks has described what happened next. “[My son] cried like I had never heard before. It pierced straight to my core, and I knew he was in pain.” She added, “For days after I would sit him in the sink filled with water to dilute his urine, because he would cry from the pain every time he urinated. I avoided leaving the house because the car seat buckle put pressure on his penis, and he would cry.” The complaint states that the boy’s foreskin has a permanent tear in it.

Intact America surveyed U.S. parents of intact boys under the age of seven in early 2018. In this group, 43.3 percent had had their foreskins forcibly retracted. The survey, which was conducted under the auspices of Qualtrics Research Services in Provo, Utah, has a five percent margin of error.