When I became an intactivist, I found that simply bringing up the subject with others provoked responses falling into one of two categories: disgust, horror, and disbelief; or entrenchment and defensiveness. If this person was a circumcised man, the reaction would be magnified – as though he instinctively anticipated that the topic would bring on strong and uncomfortable feelings better avoided than confronted. 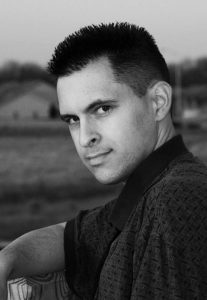 I first learned this lesson in a place of learning and discussion. In 2003, I was working on the general education requirements for my college degree. As a freshman, the options weren’t impressive, but Introduction to Sociology is memorable as the first time I ever gave circumcision any thought. The instructor was new to the teaching world; being young and part of the liberal arts program, she seemed keen to tackle controversy. At this time, the 21st century still had that new-century smell. Liberal arts programs were really ramping up their social studies and analysis work, taking it upon themselves to solve the unsolvable. Three short papers made up the bulk of our grade for the semester, each on some topic of social taboo. Lectures included pre-selected readings meant to expose us to taboos in foreign cultures, to help us identify our own. The instructor had compiled a list of suggested topics, among them recreational drug use and driving restrictions for the elderly. We were not required to stick to the list, though, so long as our topic was approved beforehand and was not being written about by another student in the class.

In 2003, the Massachusetts Supreme Court had handed down its landmark ruling legalizing same-sex marriage rights within that state. In my senior year of high school, we had staged an exhibition of The Laramie Project, introducing me to the equality struggle faced by my LGBT peers. Unfortunately, though, same-sex marriage as a topic had already been claimed by another student in my college sociology class.

So, I sequestered myself in the library for an afternoon, looking for inspiration. I don’t remember in which section I found it, but the spine of Ronald Goldman’s book Circumcision: The Hidden Trauma caught my attention. Perhaps it was how the sterile objectivity of the block typeface paired the word “circumcision”: with “trauma” in such a matter-of-fact way. At the time, I did not even know I had been subjected to circumcision.

Skimming the table of contents provided more than enough to convince me that circumcision qualified as a socially controversial and taboo subject, and thus a good topic for my first paper. I threw together an outline and e-mailed it to my instructor with the hope of having the A-OK two days later. Silly me. In an after-class meeting, the instructor told me I hadn’t understood what was necessary to meet the definition of controversy. In her words (as best as I can recall), a social controversy had to have heated debate over the merit of the topic, with fervent support and opposition that sees little progress because of the uncomfortable nature of the topic. Circumcision, she said, was simply an uncomfortable topic that lacked any disagreement over its merit. I provided her the book I found at the library; she suggested that the issues anyone might have over circumcision were rooted in a broader controversy of sex and sexuality, and that my efforts would be better focused there. During the talk, she wouldn’t even mention the word “circumcision,” and she never once laid a hand on the book I had placed on the desk. When I questioned the difference between disagreement with a premise and not wanting to learn a premise, she ended the conversation: Circumcision was not “in the scope” of the assignment, she responded. Period.

That was 16 years ago. Women’s studies, gender analysis, sexual paradigms… Liberal arts programs have flourished with conversations and examination of the women’s liberation and sexual liberation movements. Lines previously drawn in the sand were now meant to be crossed. Everything was opened to critique and analysis, and the structural supports of the pre-eminent social order were to be torn down to make room for a new order where appreciation for human identity and human sexuality prevail over the rigidly-defined spaces each person had been expected to inhabit unquestioningly. It was the emergence of an era promoting the natural beauty of the human body in its many varied forms. Every penis was the right size, every vulva perfect as it was. Every body part was great just the way it was made — natural and normal and something to be celebrated.

Every part but one – the foreskin. That part was just too uncomfortable, and it continues to be for many people today.

But in the 16 years since I was prevented from opening discussion about circumcision in a social sciences class, I’ve witnessed events and had conversations that convince me that this is changing. In 2011, the people of San Francisco collected thousands of signatures for a ballot measure that would have banned routine circumcision from being performed within the city. It was, of course, stricken from the ballot, but that it made the popular threshold for inclusion in the first place showed that support for intactivism was growing. The next year, a German court in Cologne ruled routine circumcision illegal within its jurisdiction. That decision was similarly unsuccessful – overruled by the German parliament. But again, legal footing for the intactivist position had been sought and accepted as valid.

When the San Francisco and Cologne cases were in the news, I read for the first time about David Reimer; a Canadian boy who — when he was a few months old — had been subjected to terribly botched circumcision. It was a gut-wrenching story to read because I knew that what happened to him could have happened to me, and it returned me to the topic I had not thought about for a decade.

Since that time, I been seeking ways to reach, inform, and educate those who see nothing wrong with circumcision, without making them want to tune out at any cost. I believe that to be effective, we must focus on the future and not hamstring ourselves by assigning blame for the errors of the past. We, as a society, got it wrong. The work before us requires that we commit to changing it going forward, for our sons. The first step is guiding society to a more complete understanding of what circumcision does, what it forever takes away, and most importantly, why that matters.

Fortunately, the tide is turning where it matters most: people’s attitudes. More and more parents are keeping their newborn sons as nature made them. More and more people are overcoming their discomfort that surrounds this taboo topic, and that is the beginning of the change we want to happen.

Finding that mission in Intact America encouraged me. In June, I attended New York City Pride, and witnessed the celebration of the 50th anniversary of the Stonewall uprising. “Pride” is about refusing to be kept down by antiquated and oppressive social regimes, about standing up and proclaiming that there’s nothing wrong with questioning what society calls “normal.” I saw that proclamation in action at Intact America’s tent at PrideFest. The positive and inquisitive reactions of the many thousands of Pride-goers who stopped to take pictures at the tent, and the passion shown by the volunteers engaging with and distributing information to people from all walks of life, gave me greater hope that this work will be successful. We will overcome.

Interested in lending your voice? Send an email to us, giving us a brief summary of what you would like to write about, and we will get back to you.