IOTM – Men of the Intactivist Movement 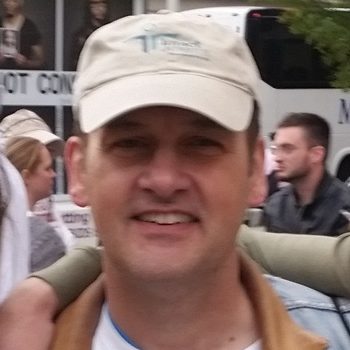 This June, as Father’s Day approaches and as the Hironimus v. Nebus case continues to stun and appall us, we want to honor the Men of the Intactivist Movement—fathers, grandfathers, brothers, uncles, every man who believes in standing up, speaking out, and fighting for the rights of children to their own bodies.

As we struggle to comprehend the near desperation of Dennis Nebus to have his four-year-old son’s foreskin removed, we must remind ourselves of the groundswell in our nation against this practice.

We must look at all the men who speak out to protect not only their own children, but children everywhere, children yet to be born. To ensure, as New York City intactivist and Intact America volunteer Adam Zeldis has said, that there will be “no more boys like me.”

As Greg Hartley, member of Intact America’s steering committee, has said: “Parents authorize circumcision of their children based on ignorance. Most cut men believe that they are normal… but they have no basis for comparison… Knowledge is power—we can stop the cycle of genital cutting.”

So, to the Men of the Intactivist Movement, thank you from Intact America! With all of you by our side, we might not win every battle, but together we ARE winning the war.